Con A de Arte: A history of Hispanic presence in Charlotte Con A de Arte is a rich, cultural festival that spotlights the work of Latinx artists, writers, musicians and dancers, as well as the agencies that support Latinx art and culture in the city.  The festival was celebrated for the first time at Charlotte Mecklenburg Library in 2003. Initially, the event began as "The Market Place," and grew so rapidly that it was passed on to other cultural institutions for sustainability reasons. The festival is now hosted by The Mint Museum and Queens College.

Why is cultural represntation of Hispanic culture and influence so important to the Charlotte community? Keep reading as we take a closer look at Census Bureau data to further understand our diverse neighbors.

The Census Bureau began to record Hispanic or Latino origin among the “foreign-born” in the United States in 1980. At that time, 3,962 persons (less than one percent of Mecklenburg County’s total population) were of Hispanic or Latino origin. Little more than one percent of Mecklenburg residents had been born outside the United States.

Migrants from Mexico and Central America had only just begun to explore opportunities outside the Southwestern United States. The demand for labor in the Southeast attracted workers at a time when a lack of economic opportunity and, in some countries, political instability drove them from their homes. 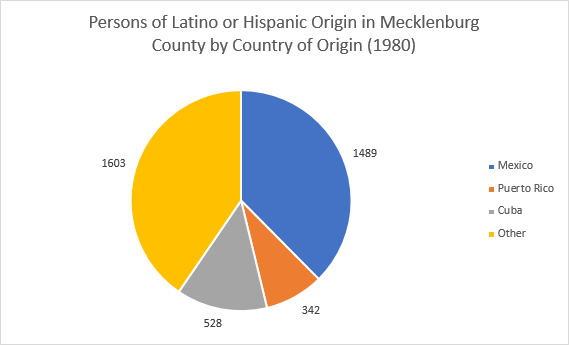 The following decade saw civil war in Central America, as well as federal legislation on immigration. The 1990 Census figures reflected these factors. The increased number of persons fleeing El Salvador, Guatemala and Honduras accounted for the greater portion of the pie chart devoted to “Other” countries of origin. The Immigration Reform and Control Act of 1986 provided a temporary status for agricultural workers and a path to citizenship for those already in the country. It was followed by a 78% jump of Hispanic immigration to Mecklenburg County. 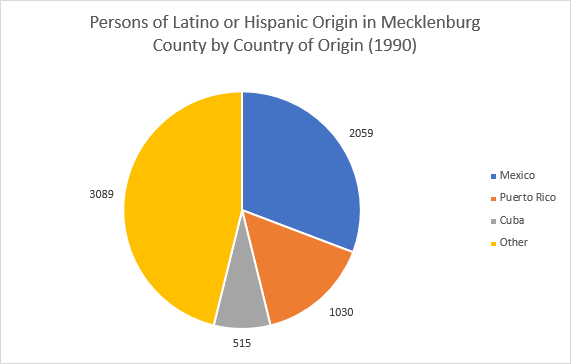 The 1990s transformed the Hispanic and Latino presence in the United States. The languages, food, music and people of Latin America had long been part of border culture in the Southwest and port cities in the East. By the year 2000, the immigrant stream to the Southeastern United States had given a new look and new cultural connections to the Carolinas. The 2000 Census showed an increase of almost 600% led by a twelve-fold surge in immigrants from Mexico. 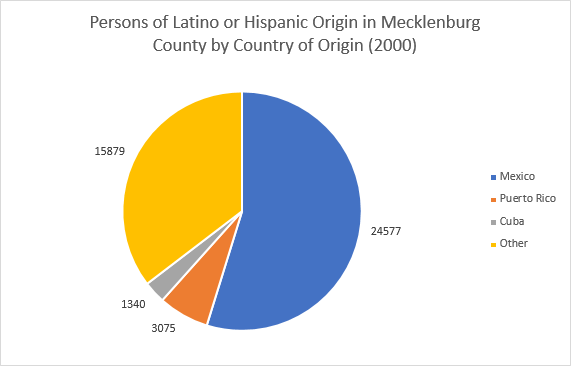 The Charlotte Mecklenburg Library recognized this new element of its customer base and changed collections, signage and programming to meet the needs of a diversifying community. The photograph below was taken in June 2009, at a Main Library "Con A de Arte” (A is for Art) event. 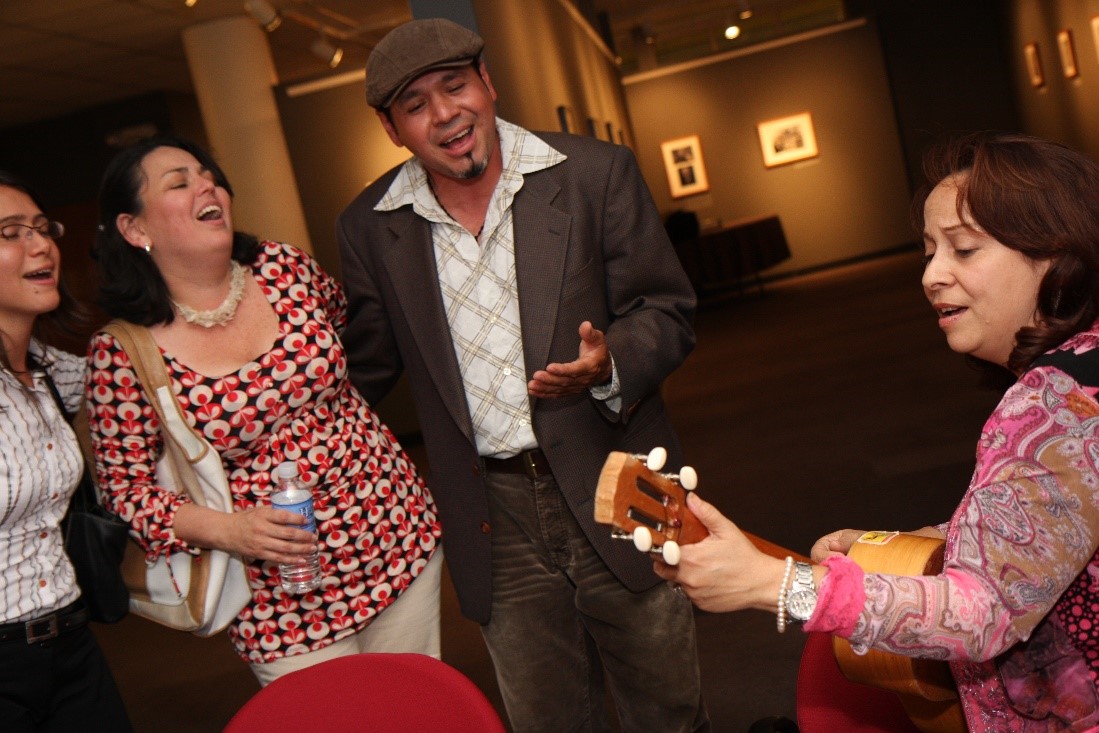 As of 2017, persons of Latino or Hispanic origin made up 12% of Mecklenburg County’s population. For them, and for all, the Library offers the chance to improve lives and build a stronger community.

This blog was written by Tom Cole of the Robinson-Spangler Carolina Room at Main Library, with additional information provided by Irania Patterson.